10 Times Angelina Jolie Stepped Up to Make A Change

Angelina Jolie is quite a humanitarian, and along with that, she also tries her best to do good for Mother Earth as well. While she is an actress, a mother, and a fashion icon to boot, she makes sure to take time out to appear on various stages of the world. The Eternals star uses her fame to put a spotlight on many issues, and 2 such changes happened within her own home.

Salutes Jolie’s steps to protect humanity, animals, and the environment as well as raise awareness for nature’s tiniest creatures, the bees.

1. Angelina Jolie is pro-adoption, and it begins at home. 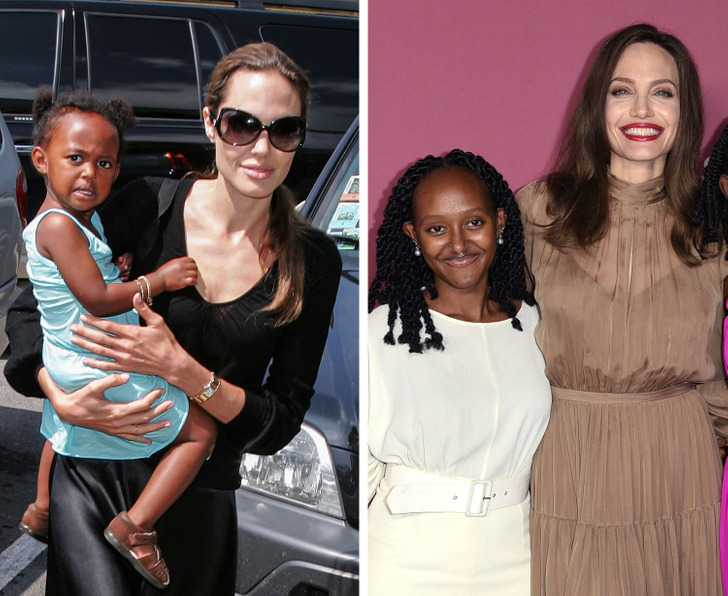 Long before Angelina Jolie had any plans for marriage, she wanted to be a mother, via adoption. She adopted her first child, Maddox, in 2002, and then came daughter Zahara in 2005 and son Pax in 2007. She also had 3 biological children with Brad Pitt: Shiloh in 2006, and twins Knox Leon and Vivienne Marcheline in 2008.

Jolie says it right: “’Adoption’ and ’orphanage’ are positive words in our home. Each [child] is a beautiful way of becoming family.” She also ensures that each of her adopted children knows of their background and ethnicity and keeps them alive in ways they want to.

2. She speaks openly about her b.reast surgery and c.ancer risk 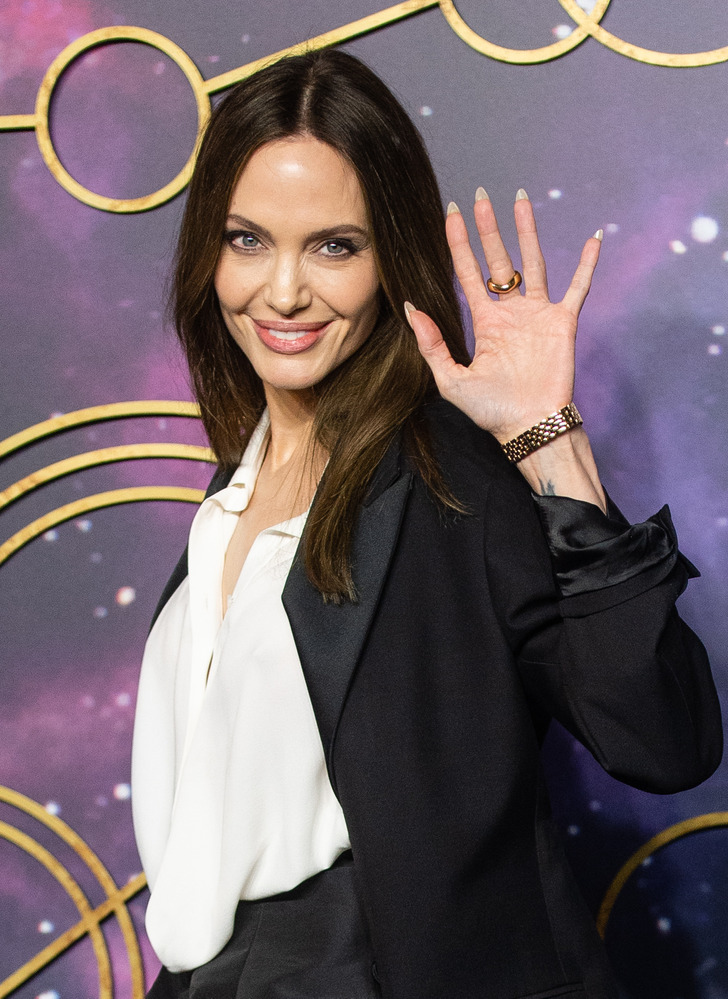 Few Hollywood stars speak openly about their failing health, especially when it’s personal and something that can also affect their career, cosmetically speaking. But Jolie, whose mother died of cancer, wrote an op-ed piece for Time magazine, detailing her risk for breast and ovarian cancer and her preventative surgeries, becoming an inspiration to women, the world over.

As the Eternals’ star wrote: “I had an estimated 87% risk of developing the disease and a 50% risk of ovarian cancer. Because of my high risk, experts recommended preventive surgeries. I had a double mastectomy and later removed my ovaries and fallopian tubes, significantly reducing, although not removing altogether, my risk of developing cancer.”

3. She set a precedent for reusing and recycling. 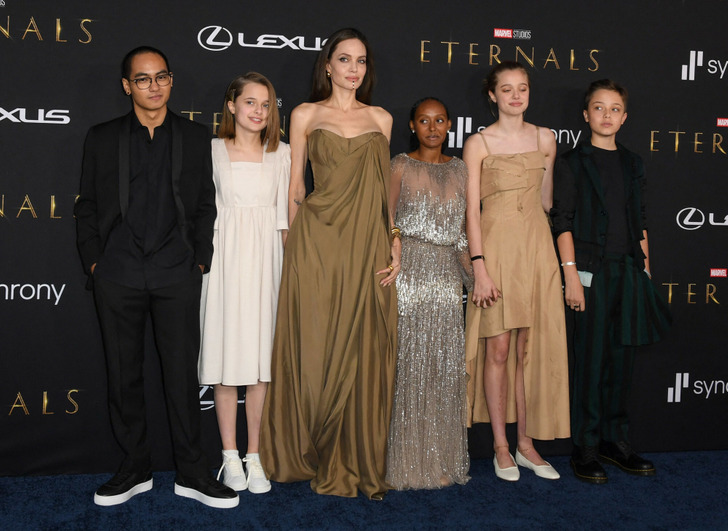 In Hollywood, repeating an outfit is usually frowned upon, and most starlets would never do it, except for those trying to make a point. Jolie arrived at the Eternals premiere in LA in 2021 with Zahara, Knox, Vivienne, Shiloh, and Maddox. They were wearing a mixture of vintage and recycled pieces from her wardrobe.

16-year-old Zahara wore the metallic Elie Saab gown that her mother wore to the 2014 Oscars, while Shiloh, 15, sported a beige dress that Jolie wore at the “Women for Bees” entrepreneurship program in France. This was Jolie’s way of making a statement about reuse as it can truly reduce your carbon footprint, plus recycling clothes is challenging.

4. She works with the UN to help humanity. 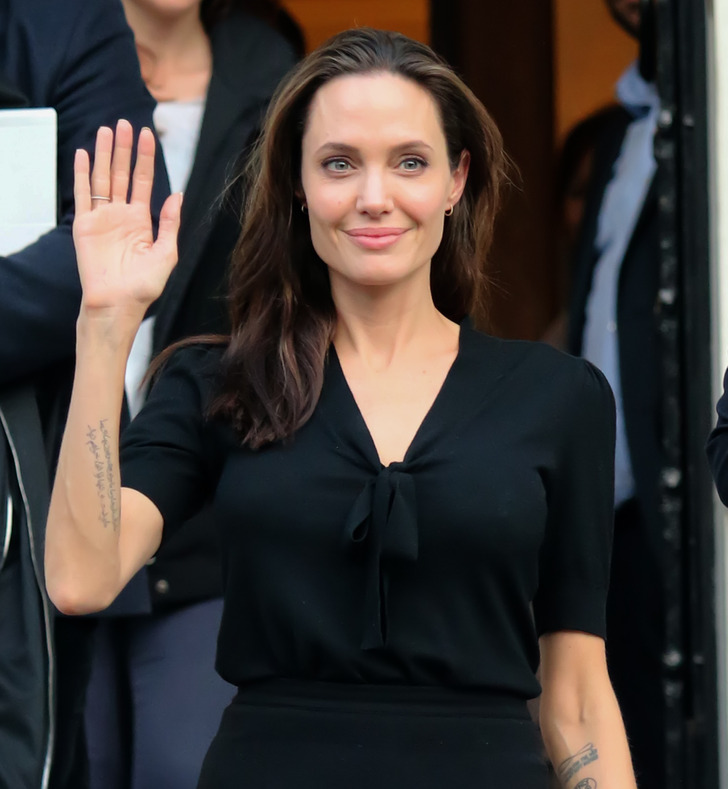 Angeline Jolie is a special envoy for the UN and has been visiting refugee camps to better understand their needs since she was in her 20s. Along with donating to UNHCR, she’s also helped to fund long-term health and conservation programs, like helping build schools.

5. Jolie is actively involved in conservation in Cambodia. 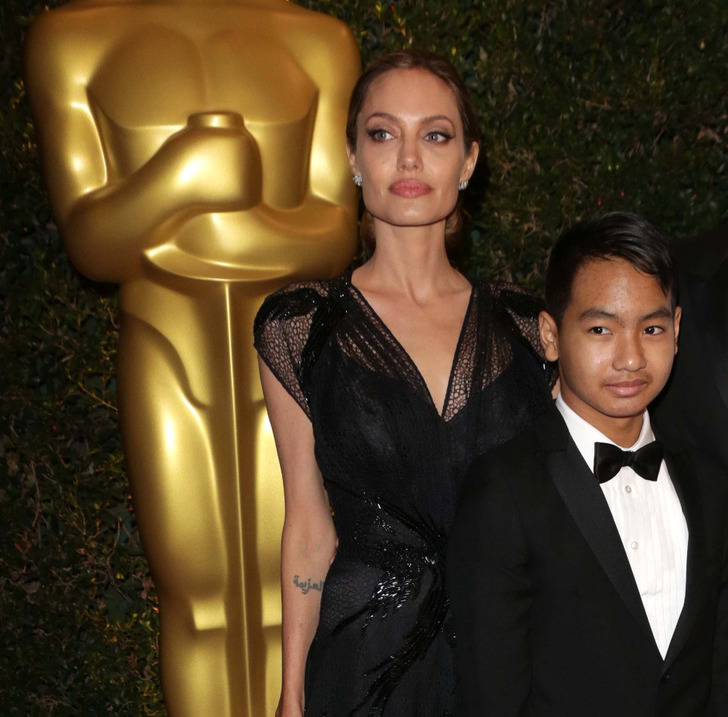 Back in 2000, a little boy named Rath Vibhol was born in a poor Cambodian village. 7 months later, he was adopted by Angelina Jolie, and later by Brad Pitt.

6. Sold her children’s photos for charity. 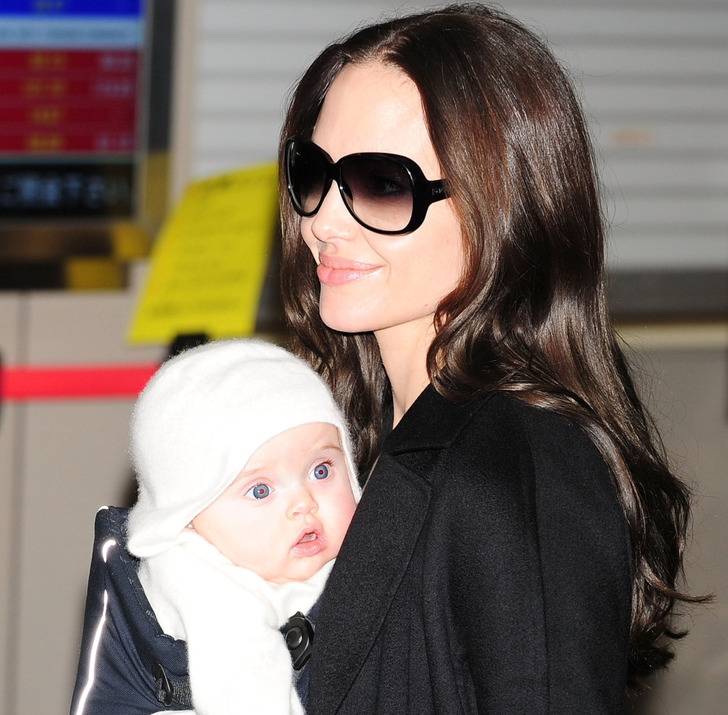 When Angelina Jolie and Brad Pitt had their first child, their daughter Shiloh, they decided to sell the newborn’s pictures for charity to Getty Images, ultimately earning and donating $4.1 million. The couple also sold the newborn pictures of Vivienne and Knox, their twins, for another $14 million, and this money was used for charity as well.

Angelina also founded the Jolie-Pitt Foundation. The main aim of the foundation was to assist with humanitarian causes across the world. When they launched it they donated $1 million to Global Action For Children (it ceased operations in 2010), and another $1 million to Doctors Without Borders.

7. She’s doing her part to help the dying trees of Namibia

Angelina Jolie is a part of the Queen’s Commonwealth Canopy (QCC), which is a project aimed at building a network of forest conservation projects around the world.

In 2017, Jolie traveled to Namibia with her 6 children in tow to open a nursery that would provide locals with saplings to replace the dying trees of the Namib Desert. In a documentary, The Queen’s Green Planet, Jolie said, “The [project] means so much and will mean so much to so many people. So, for us to come here and say to the children, ’This is why it’s important to plant a tree,’ that’s the biggest message I can teach my kids, and it’s something that they’ve certainly learned from Her Majesty and her message.”

8. Angelina Jolie tries to protect the animals too. 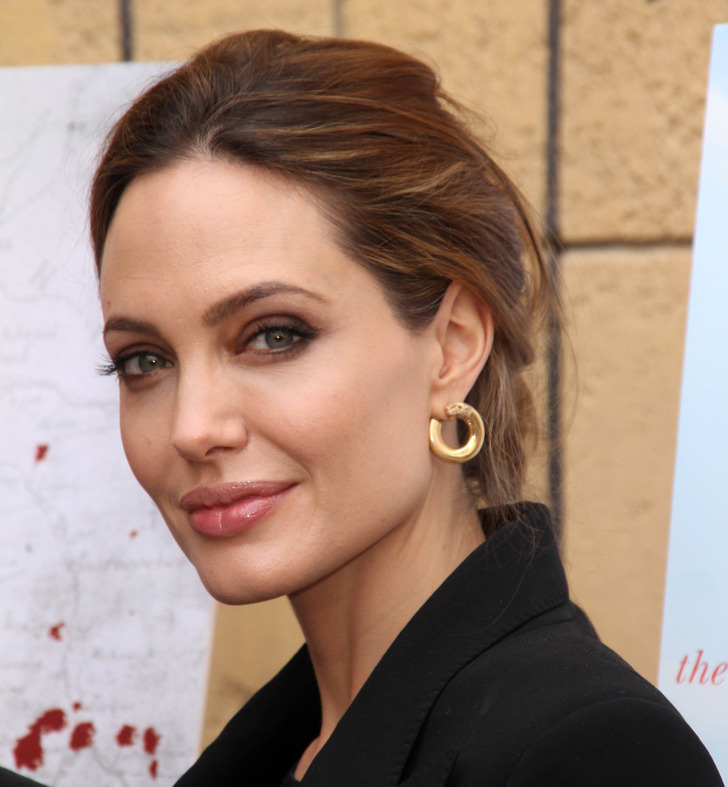 In 2011, the Jolie-Pitt Foundation donated $2 million to the Naankuse Lodge and Wildlife Sanctuary, where the ex-couple often spent Christmas holidays with their children. In fact, their first biological child, Shiloh was born in Namibia.

The Naankuse Foundation thanks Angelina on their website as well, writing, “For sharing our passion and believing in us. We are delighted to be the recipient of a generous grant and hope that Shiloh will grow up with a deep understanding of the country of her birth.”

9. She sat for a bee-covered portrait on World Bee Day. 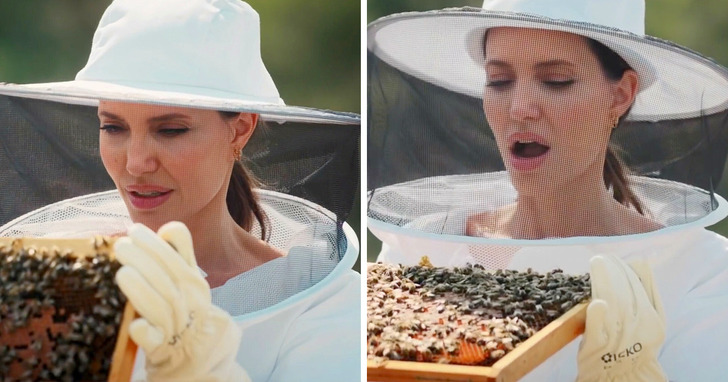 In 2021, Angelina Jolie sat for a very striking portrait for National Geographic on the occasion of World Bee Day. She wore a tube dress, keeping her shoulders bare, and let the bees walk all over her. Even when one got under her dress, Jolie sat through it patiently, letting the bee come out on its own. Jolie is now the Godmother of the “Women for Bees” program from UNESCO-Guerlain, which trains “women as beekeeper-entrepreneurs and protectors of native bee habitats around the world.”

She was photographed by Dan Winters, an amateur beekeeper himself, who drew inspiration from a famous 1981 Richard Avedon portrait of a California beekeeper, covered in bees.

10. She is an LGBTQ+ advocate, starting with her children. 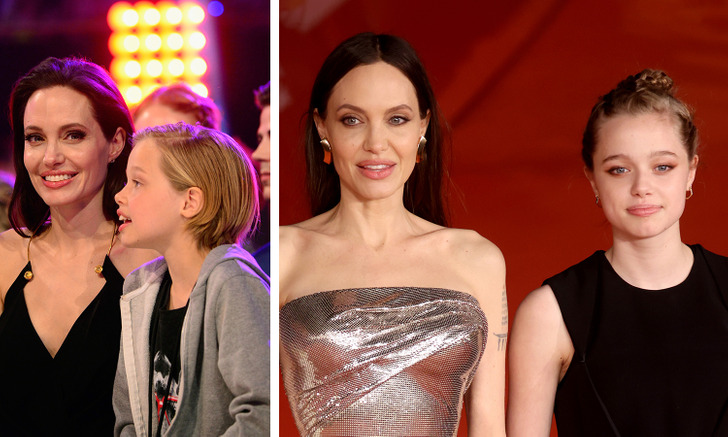 When her firstborn, Shiloh, played around with gender, wanting to be a boy on the red carpet, Jolie was cool as a cucumber about it. So the press clicked pictures of Shiloh with short hair, dressed in leather jackets and tuxedos like her father, as she explored what gender meant to her. Today, we see Shiloh as a beautiful teen, an icon on the red carpet, looking like a carbon copy of her gorgeous mother.