Looking at the treatment of the brothers in BTS is to know how much they love “golden maknae” Jungkook.

Since their debut in 2013, the members of BTS have continuously proven that they are not only a group but also a real family. Whether they’re teasing, complimenting, or reassuring each other, this bond is truly unbreakable. To this day, BTS continues to show this in whatever they do. 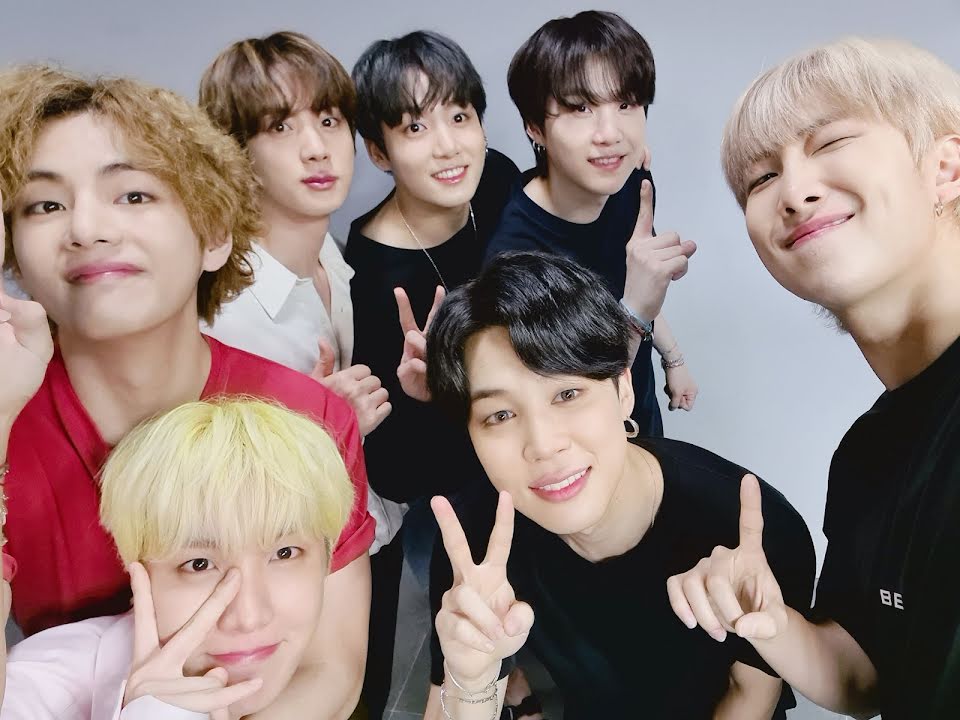 In particular, BTS always shows their love for the youngest member, Jungkook.
Recently, the group introduced a behind-the-scenes video when preparing for the show Permission To Dance On Stage – Seoul. In there, after the rehearsal, the members arrived at the venue to prepare for the performance. “Jungkook, it’s been a long time since I’ve seen you wearing a beanie, it’s so pretty” – V said
As soon as they saw Jungkook wearing a beanie, the members couldn’t help but rush to the youngest brother’s side. V constantly compliments Jungkook on his “cool” hat choice, while Jimin adds, “It looks good.”
However, Jungkook seems to be unsure of his hyungs’ “winged” compliments and jokes that V only said that because he hadn’t seen him wearing a beanie in a while. “I wear a nice beanie because I haven’t worn it in a long time” – humble Jungkook
Honestly, it seems like Jungkook’s hyungs still can’t stop caring for him. All continued to discuss his brother’s fashion choices. Jin: “My face is not covered by hair. It’s so shining”
Jimin: “Did you buy it at the place yesterday? Is it true that you bought it there?”
Member J-Hope moving from afar also started to join the conversation. Like everyone else, the male idol couldn’t stop focusing on the beanie. J-Hope: “The fabric is very nice. It’s very soft”
Even the video editor noticed that the beanie was attracting special attention and Jungkook seemed happy with the compliments.
When the video was shared, ARMYs couldn’t stop getting excited at the members’ affection for Jungkook. And the happy reaction of “golden maknae” BTS is also adorable and makes fans’ hearts melt.

ARMYs are like the members because they can’t “resist” Jungkook’s beauty when wearing a beanie.
Jungkook is a member of BTS, alongside Jimin, Jin, V, Suga, J-Hope, and RM. Currently, they are the most successful and popular group in the world.