BTS Jimin’s OST ‘With You’ suddenly flops, ARMYs are worried and angry

After a few days of debut, the OST of Jimin and his good friend Ha Sungwoon suddenly dropped without stopping.

Recently, Jimin collaborated with Ha Sungwoon, releasing the highly-anticipated OST for the movie Our Blues. AMRY was extremely excited, pushing the song to No.1 US iTunes position in just a short time, breaking the previous record of Dynamite. 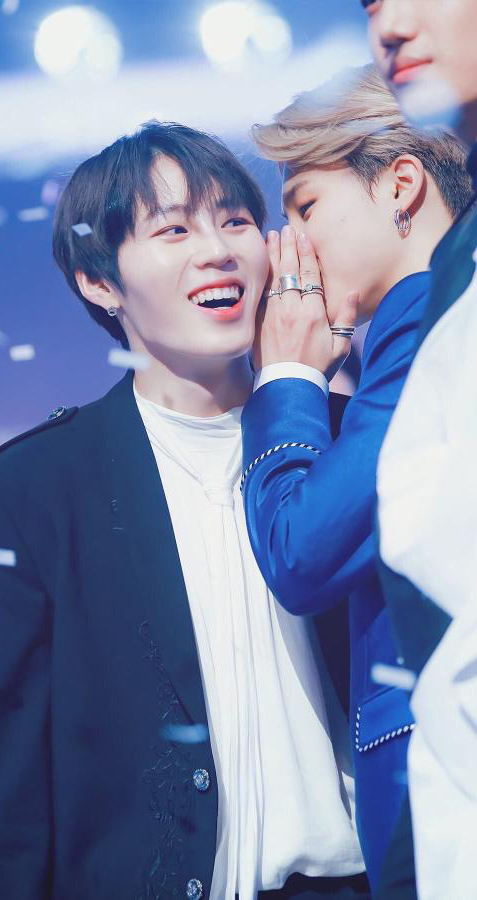 However, the song suddenly dropped without stopping, leaving the iTunes top 100 and Jimin’s old song “Filter” suddenly sat at No.1, causing surprise and worry among ARMYs. 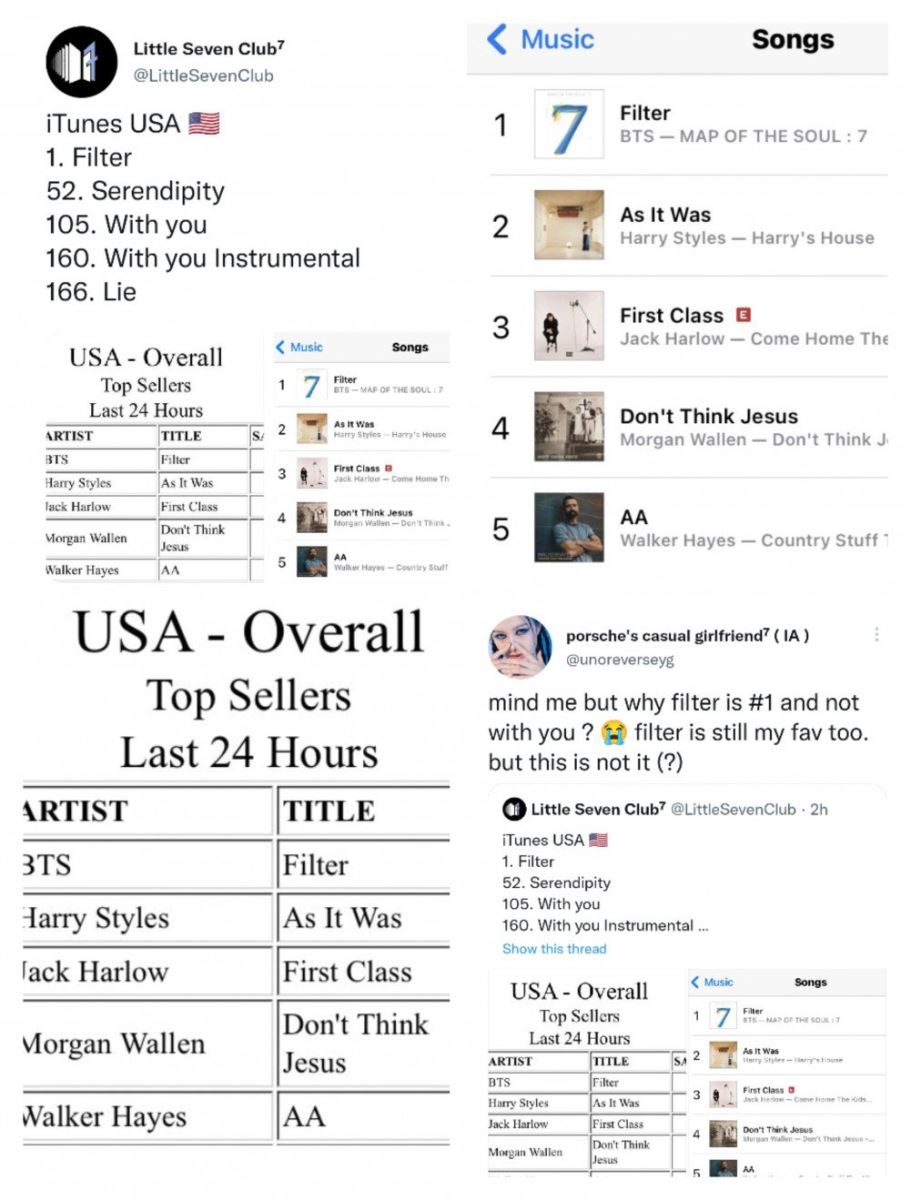 ARMY has reached out to Apple support to check on the issue. There’s no way the song would flop like that! 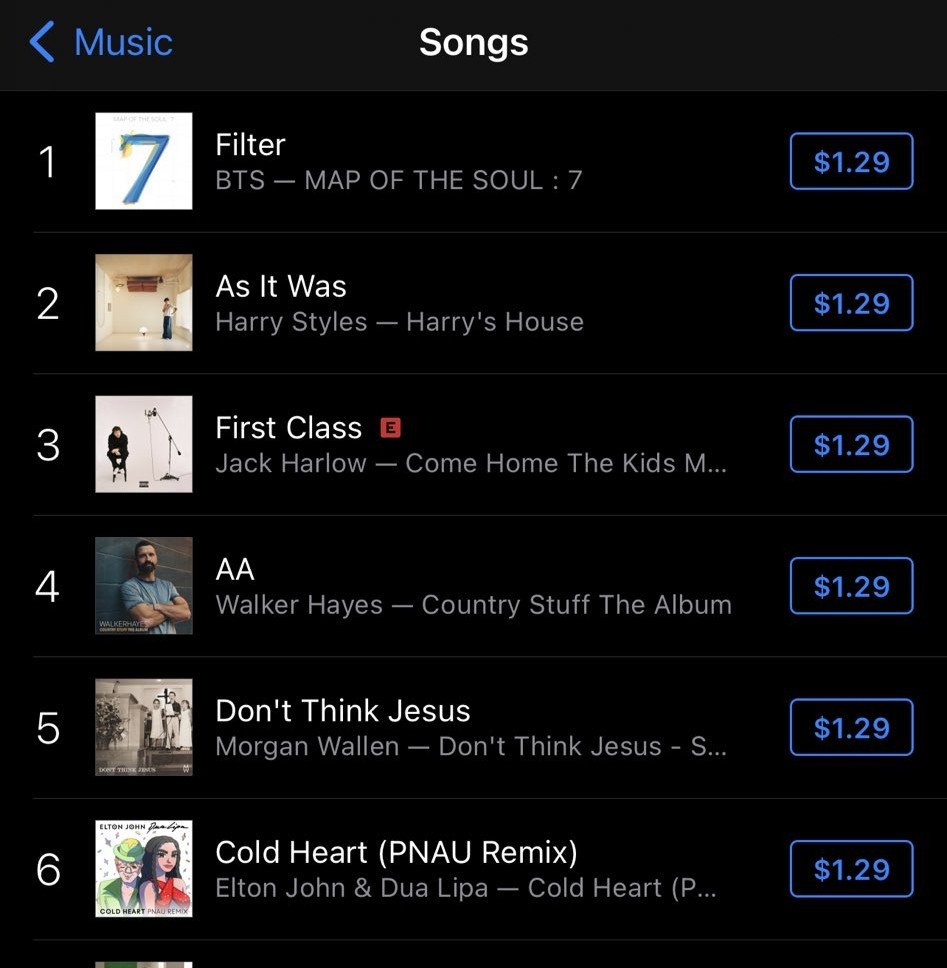 Fans guessed that this was a problem on Apple’s part that caused the old song to suddenly be pushed up. 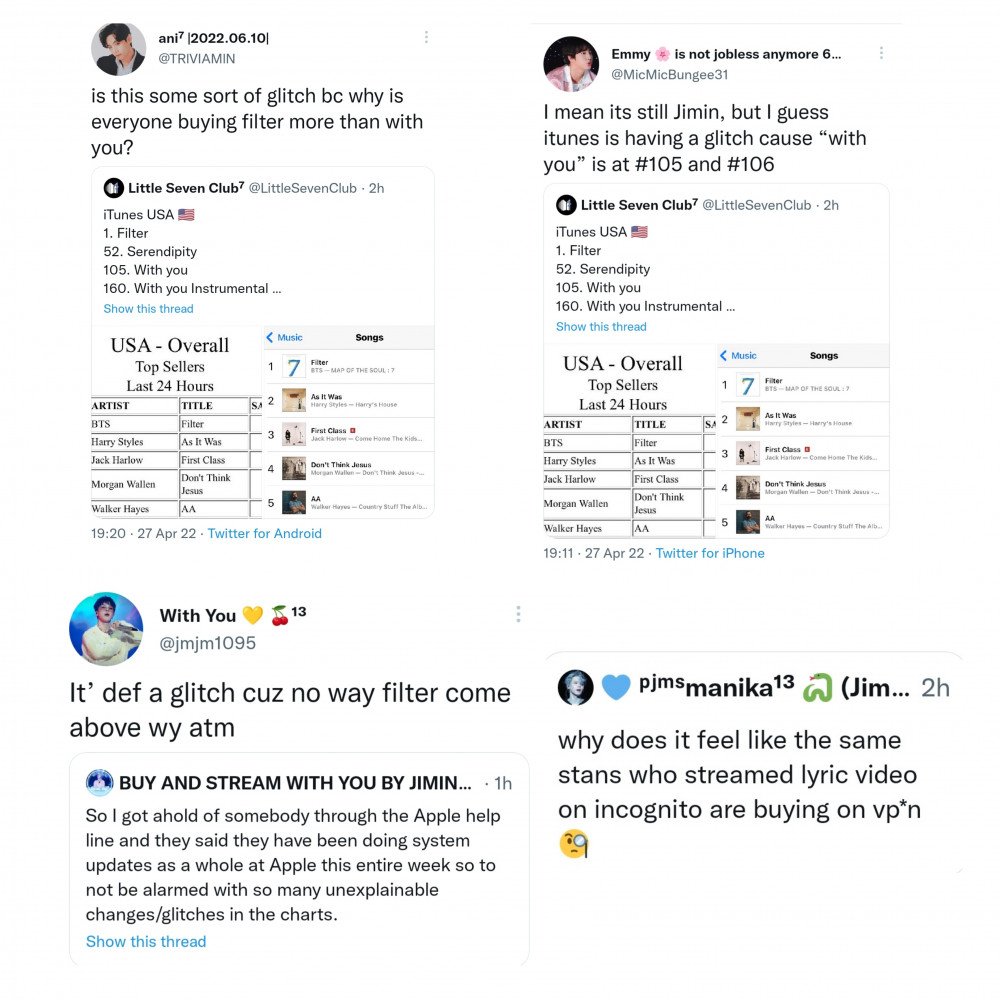 Another person suspects that Chinese fans’ VPN purchases are responsible for this strange chart. 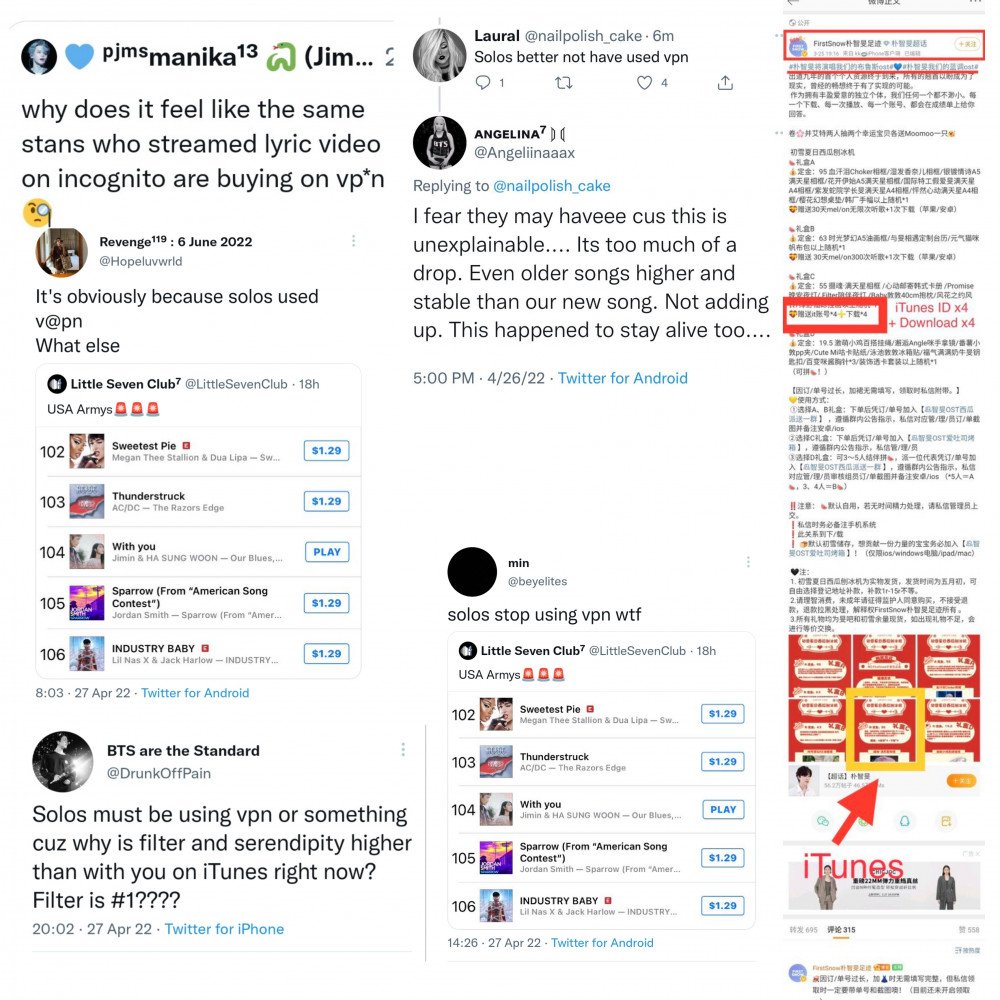 ARMYs are angry, curious and worried about this unexpected flop. Currently, the success assessment of the OST is dependent on the Billboard Hot 100 as well as Apple. 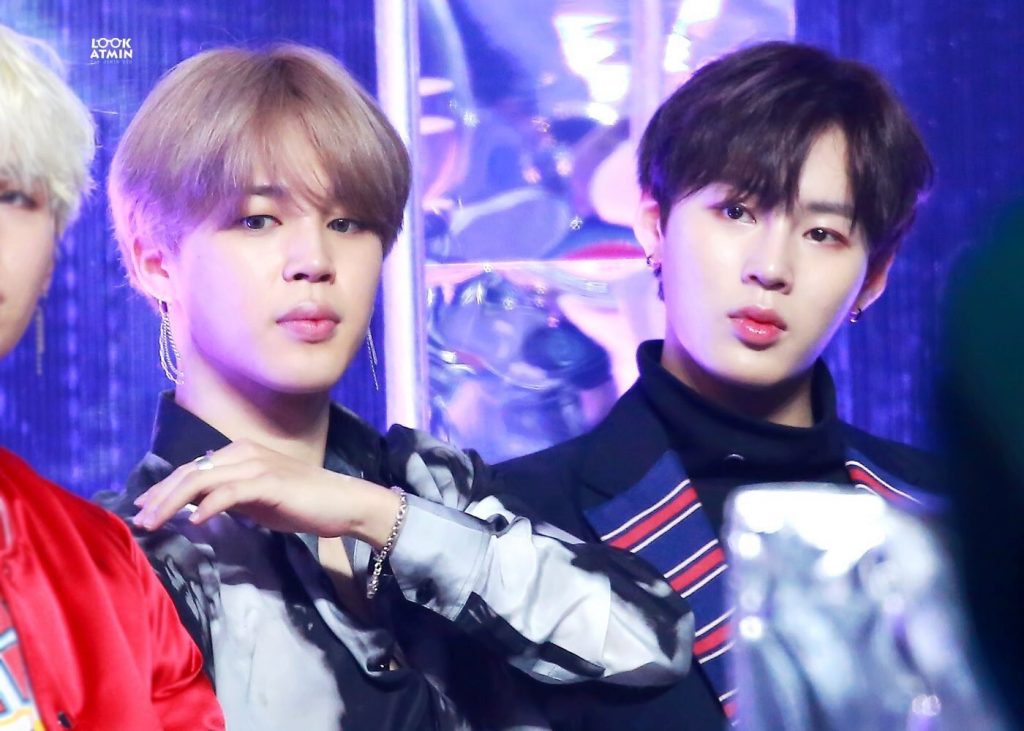