BTS: Which guy has the ‘highest’ alcohol tolerance, which member is already ‘drunk’ in one sip?

Like many other adults, the members of BTS also enjoy having a drink.

When a fan asked J-Hope to rank BTS’ alcohol tolerance from highest to lowest, this is what he wrote.
1. Suga
Alcohol tolerance is often commensurate with weight, but Suga proves that’s not always the case. 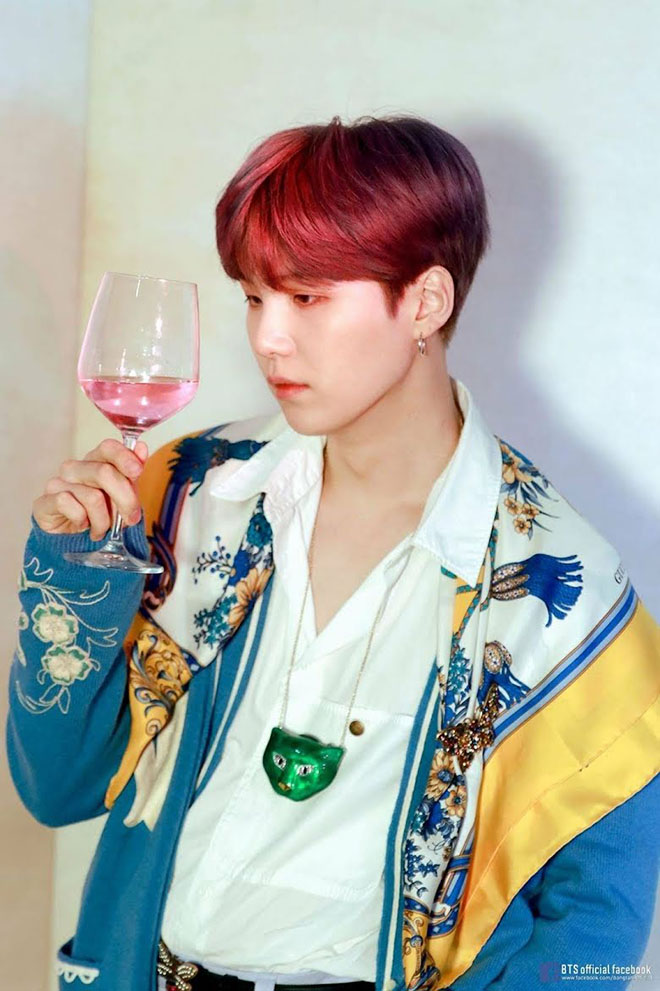 Suga is one of the shortest and lightest members of BTS, but according to J-Hope, he can “accept” all the boys in the group.

2. Jin
J-Hope said that Jin has the second highest alcohol tolerance in BTS. 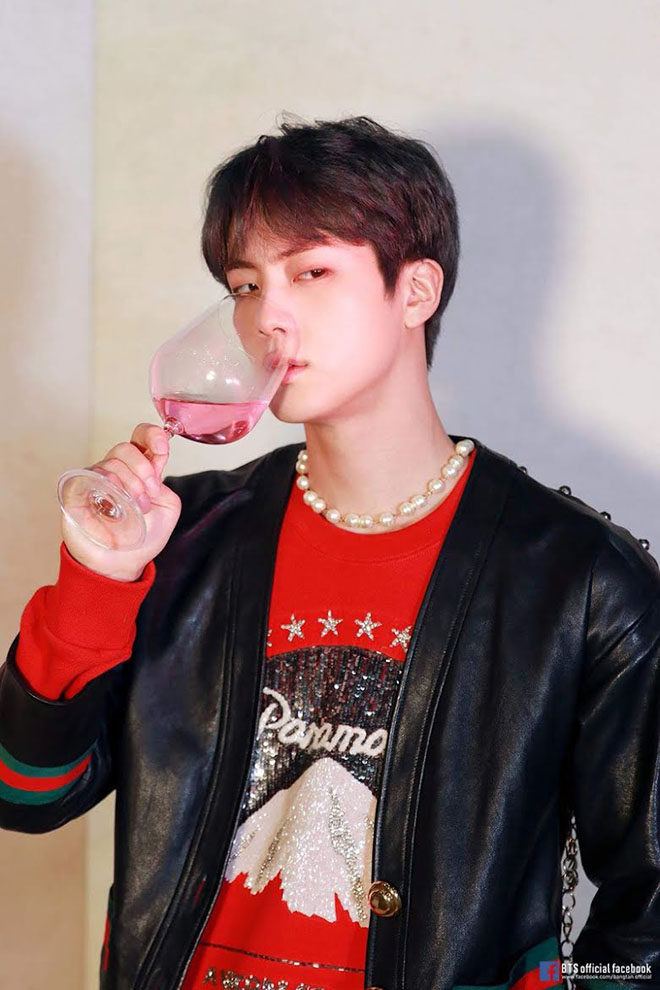 J-Hope once tried to convince Jin to let him drink on camera by claiming that alcoholic drinks would disinfect his throat.

3. Jimin
According to J-Hope, Jimin is another exception to the rule of high weight = high stamina. 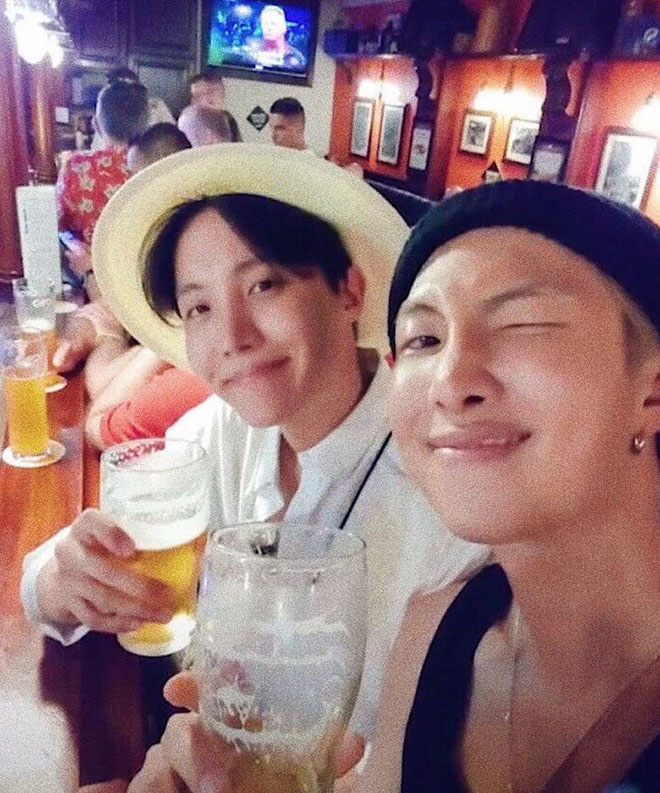 5. Jungkook
Given Jungkook’s weight and height, it might be surprising to see the “maknae” in the Top 3 with the lowest alcohol tolerance but it’s true.

During this live broadcast, it only took a few glasses of red wine to get Jungkook drunk.
6. V
Coming in at 2nd place on J-Hope’s lightweight list is V.

V does drink alcohol, but because his tolerance is so low, he often chooses non-alcoholic drinks instead. 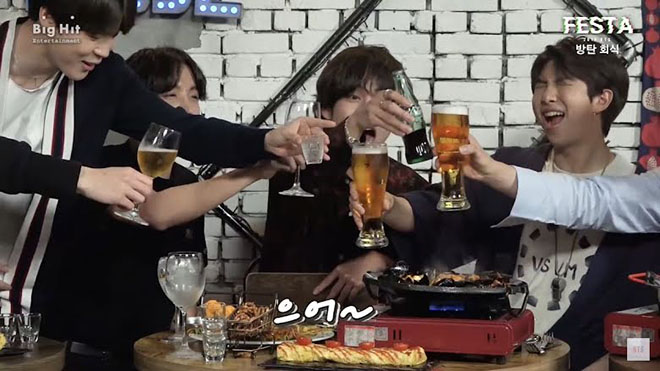 7. J-Hope
Who has the least tolerance for alcohol in BTS? None other than J-Hope. 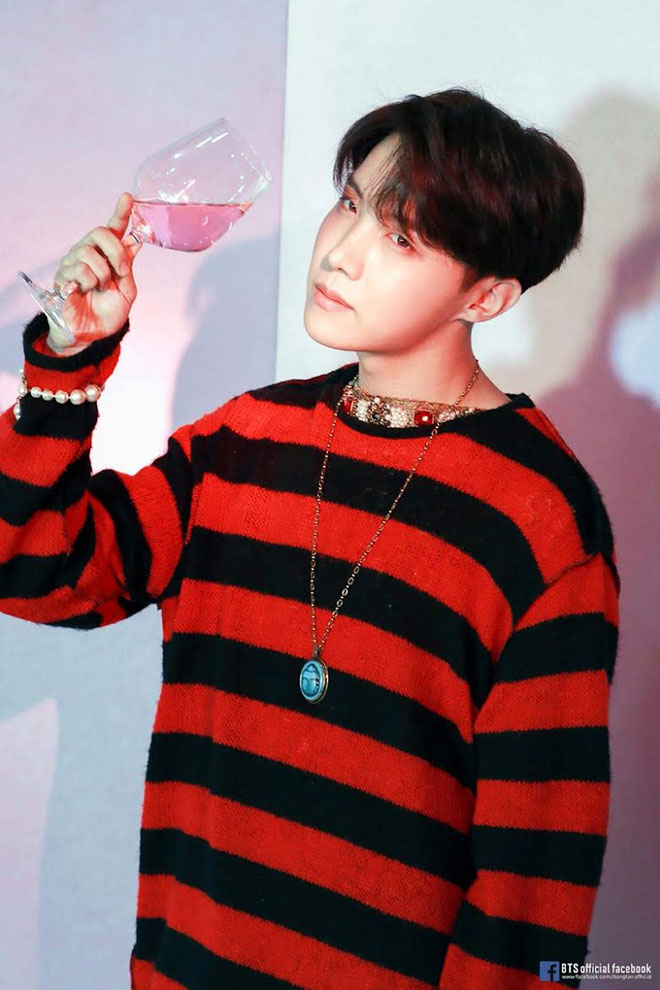 J-Hope likes to drink with his members but he is not a “god of wine”. 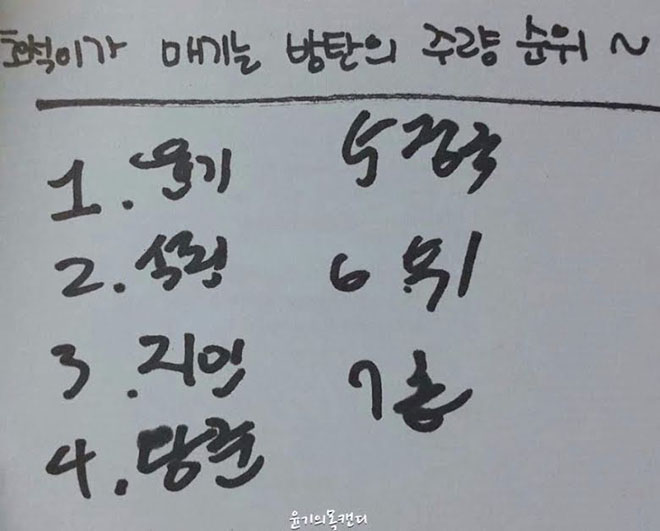