In a global market center, there was an analysis that the competitiveness of the business must be demonstrated and the growth potential must be guaranteed to increase the share price. As a result, entertainment companies are turning to establishing subsidiaries.

Recently, the stock prices of all major Korean entertainment companies have witnessed a severe decline, in which the prices of oil on the New York Stock Exchange, Bitcoin and international oil all dropped sharply. 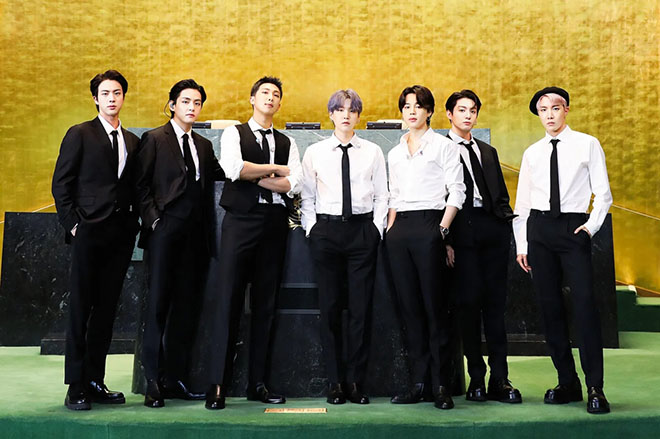 In addition, the expectation of “Reopening” has not been as great as before due to the (predicted) re-spread of Covid-19 in the second half of this year in the US.
The Washington Post reported on May 9 that the US government is concerned about the possibility that there could be 100 million new confirmed cases this fall and winter due to a minor mutation in Omicron.
However, Korean entertainment companies have scheduled overseas activities, such as large-scale tours, starting in the second half of the year. 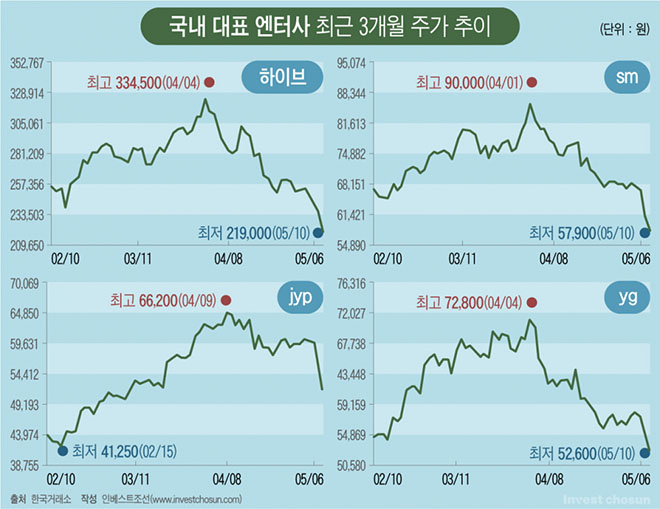 HYBE, announced first-quarter business results that fell short of market expectations, which are considered “too high” in markets such as securities companies.
In the case of HYBE, the uncertainty about BTS’s enlistment heavily affected the first-quarter data as the group is the company’s biggest source of income.
In an interview with Invest Chosun, according to an executive of HYBE, the company has prepared a tentative plan for the scenario when the BTS members enlist.
The financial statements of SM Entertainment and JYP Entertainment will also be released soon.
For SM Entertainment, the biggest variable was executive producer Lee Soo Man’s sale of company shares.
The general meeting of shareholders ended and it was analyzed that the problem with the company’s management, rather than the performance, was the factor that had the biggest influence on market expectations.
Following its first dividend since its founding earlier this year, SM Entertainment also began repurchasing treasury shares worth 10 billion won ($7.8 million) on May 9 to stimulate the stock price and increase its share price. profits for shareholders. 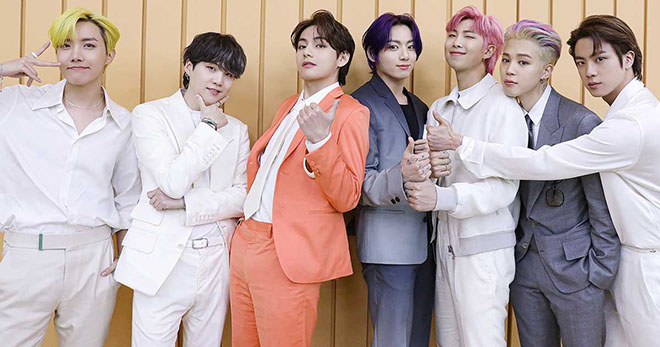 Negotiations over an acquisition with Kakao Entertainment are said to be ongoing.
It is known that Kakao Entertainment recently decided to suspend consideration of the acquisition of content production companies other than SM Entertainment for the time being.
While Kakao has recently begun to “control costs”, this appears to be a measure to control the pace of intense M&A activity.
In response to the rapidly changing environment, entertainment companies are focusing on diversifying their business activities.
As internal and external conditions change rapidly, artists cannot be relied on alone.
As large corporations are also entering the entertainment business, the competition in the market is increasingly fierce.
On May 10, CJ Group announced that it will invest 22.4 billion won ($17.5 million) in fandom startup ‘B My Friends’ and begin a strategic business partnership. to jointly promote the fandom’s business.
HYBE recently spun off from HYBE IM, a metaverse game division, and established a separate subsidiary. 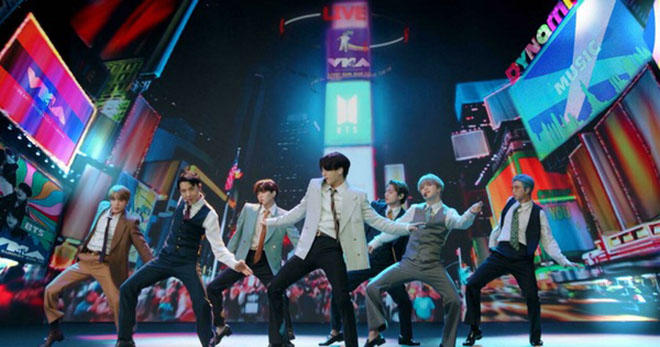 A large number of personnel from game companies have been recruited, including former Nexon director Jung Woo Young, but considering that HYBE CEO Park Ji Won used to be Nexon’s CEO, it can be analyzed that HYBE is Comprehensive penetration into the gaming industry.
At the beginning of the year, SM Entertainment established a joint venture company Fitness Candy with the purpose of training in the domestic market with a 5:5 investment with LG Electronics.
They plan to provide content aimed at training and intend to use the idol’s choreography and songs.
SM is also looking to grow its business by looking at the market situation.
An official in the financial investment industry said, “This is a tumultuous time as entertainment companies need to break out of the previous profit structure that relied solely on revenue from simple artists and find figure out how to survive in new environments such as Web 3.0 and Metaverse. 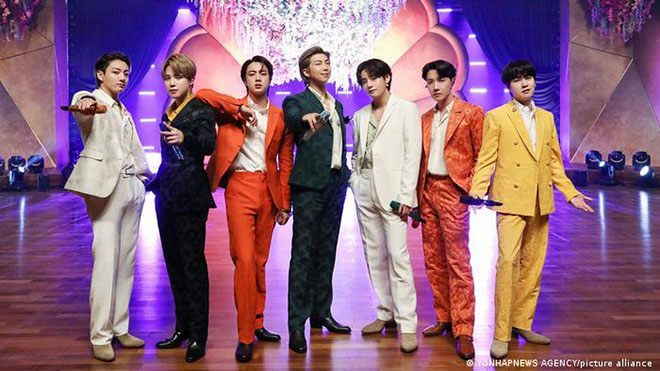 This is not the first time this has happened – game expansion and investment companies – so it remains to be seen whether it can become a long-term revenue stream.”