Leonardo DiCaprio and his girlfriend Camila Morrone were overcome with passion over the weekend as they enjoyed a relaxing day at the beach in Malibu.

The 47-year-old Oscar winner couldn’t keep his hands off his much-younger girlfriend Camila, 27, as he delicately kissed her forehead amid a barefoot stroll along the shore on Saturday. Later, the lovebirds stripped down to their swimsuits for a romp through the water with their adorable dog Jack. 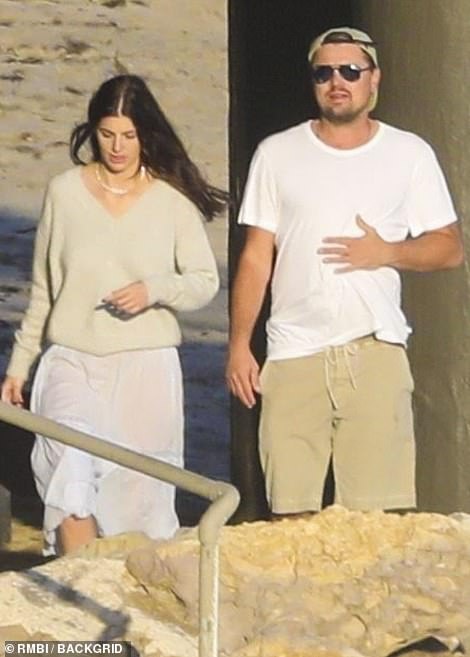 He switched out his common LA Dodgers baseball cap in favor of a nondescript tan cap, which he wore turned backwards. The Once Upon A Time In Hollywood star sported a close-cropped beard and blocked out the late afternoon sun with a pair of cool aviator sunglasses. Camila mirrored Leo’s muted earth tones with a cozy beige V-neck sweater that hung loosely on her trim frame. 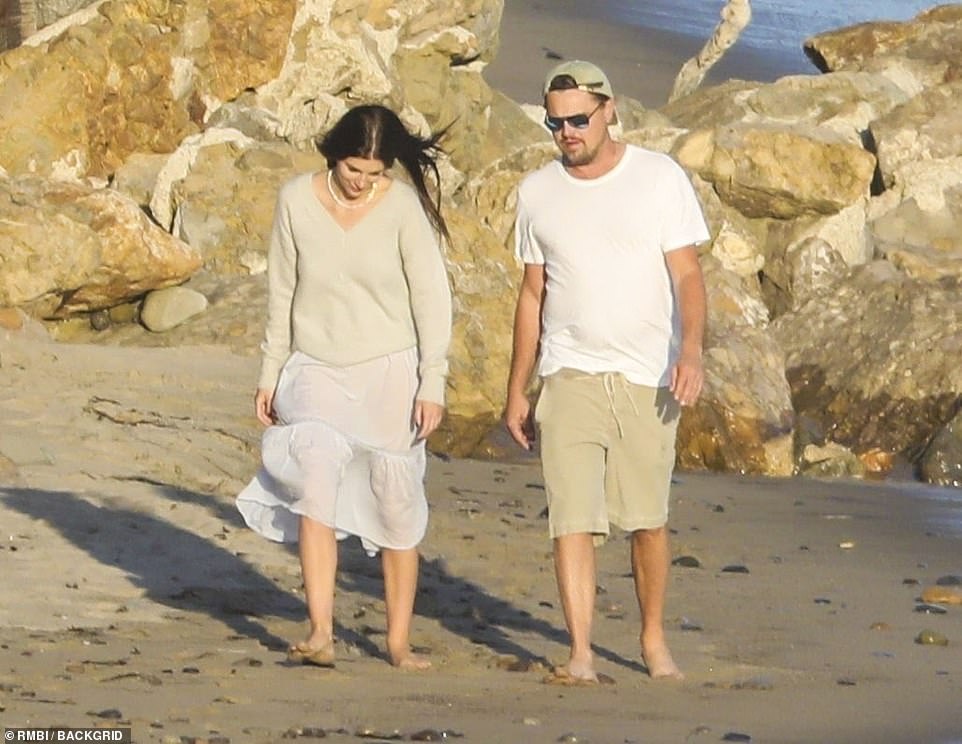 She paired it with a sheer white tiered skirt that reached down to her knees and revealed her matching white two-piece suit underneath.

The model-turned-actress wore a white necklace around her throat and wore her brunette tresses down with a middle part as they fluttered about in the breeze.

She and Leo appeared to skip the more pristine beaches preferred by tourists in favor of amore secluded spot.

They could be seen exploring among the craggy rocks, before the Revenant star wrapped his girlfriend in a tight hug and kissed her.

She wasn’t the only one who got some affection, as their dog Jack also got a kiss on his forehead from Leo.

Camila originally adopted the husky and his sister Jill in the early days of the pandemic.

The gorgeous pooches have been seen with the couple extensively since then, and Leonardo has been spotted caring for them on his own, suggesting he’s just as attached now.

Although they mostly stayed at the edge of the water, she laid down in the cool water while playing with Jack. 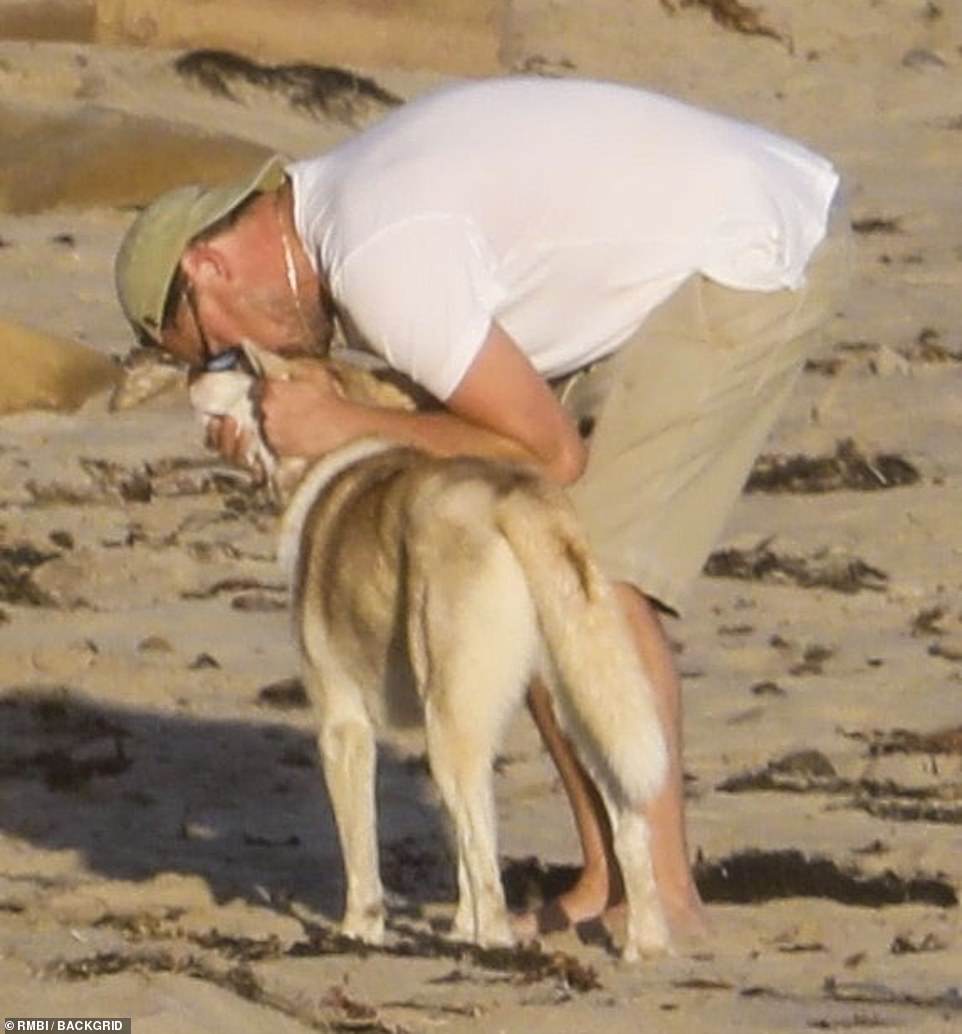 The lovebirds appear to have been joined by another young woman in a bikini and an older woman in a one-piece suit.

Leonardo and Camila’s relationship has been going strong since were first linked back in 2017.

The couple have kept their romance under the radar, and they didn’t make their red carpet debut until the 2020 Academy Awards ceremony.

Although she’s best known as a model, Camila has lately been transitioning into a career as an actress, and she has already scored acclaimed roles in the drama Mickey And The Bear and the comedy Never Goin’ Back.

She recently wrapped filming earlier this month with Riley Keough on the Amazon Prime limited series Daisy Jones & The Six, which is expected to debut either later this year or in 2023.

DiCaprio’s next major project sees him reuniting with his Wolf Of Wall Street director Martin Scorsese.

He stars in the true crime drama Killers Of The Flower Moon, which recounts the murders of members of the Osage Tribe in the 1920s, after oil was discovered on their land.

DiCaprio is joined by another Scorsese regular, Robert De Niro, while The Power Of The Dog star Jesse Plemons and Certain Women actress Lily Gladstone are also featured.