When Angelina Jolie had a crush on Johnny Depp, he called her a ‘walking poem’

Angelina Jolie once revealed that she had a major crush on Johnny Depp after his film Edward Scissorhands. The two starred in 2010 film The Tourist.

Angelina Jolie and Johnny Depp are among the most popular names of Hollywood. They starred together in their 2010 film The Tourist and have always maintained a good equation. But, did you know Angelina once had a major crush on Johnny? According to Angelina’s memoir, she was once ‘smitten’ by Johnny Depp.

Angelina: An Unauthorised Biography mentions how Angelina grew up with a keen interest in knives and death. This caused her to grow a fondness for Johnny after he starred in Edward Scissorhands. “At the same time, Angie dressed like a punk and identified with outsiders like the hero of Edward Scissorhands, the cult movie released in December 1990 that was a must-see for every goth worth her black mascara,” the book claimed. “Angie was smitten with actor Johnny Depp, who played Edward, an isolated figure with scissors for hands. The movie’s themes of alienation and self-discovery spoke to the angst-ridden Angie,” it further added. Talking about working with Johnny in The Tourist, Angelina had also told the Japan Times that she always wanted to work with him. “What actress hasn’t? I’ve thought he was the coolest thing for years. I practically grew up with him, and had such a crush on him in Edward Scissorhands” she said.

While promoting their film, Johnny had also called Angelina a ‘walking poem. While he thinks Angelina is a ‘perfect beauty’, he added that she is very smart, clever and funny at the same time. 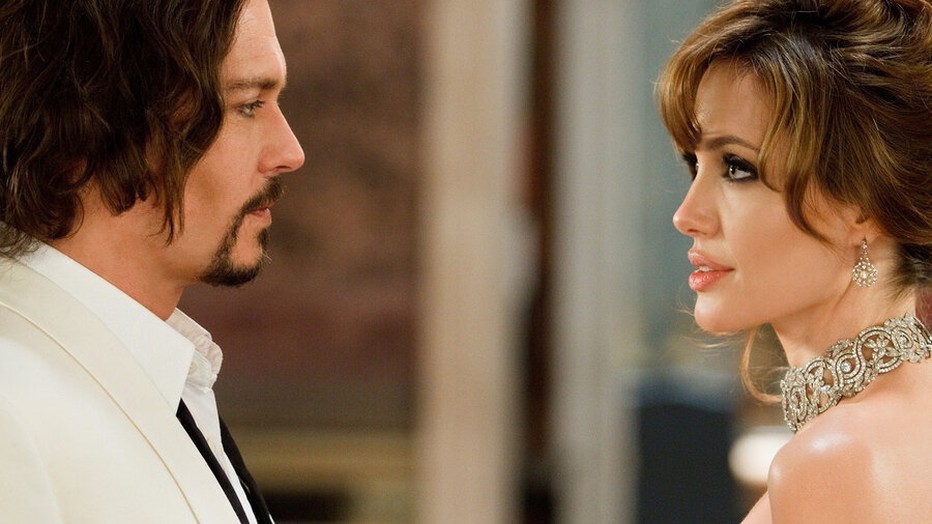